Interra International employees and their families attended the 17th Annual Farmview Market Spring Classic Baseball Game on Tuesday, April 23, 2019. Sporting Interra colors, we had the privilege to see perennial college powerhouse teams – the Georgia Bulldogs and the Georgia Tech Yellow Jackets – square off at SunTrust Park. The game closed down No. 4 Georgia over the final two innings, helping No. 11 Tech secure an 8-6 win over the Bulldogs. The ball from an early home run by Georgia Tech sailed all the way to Interra’s perch at Top of the Chop, where it was collected by young Miles Geyer!A longtime supporter of Children’s Healthcare of Atlanta (CHOA), Interra was listed as a “Hall of Fame” sponsor of this event for their generous donations. Proceeds from ticket sales will go toward funding critical patient and family initiatives in the Aflac Cancer and Blood Disorders Center at CHOA.

It was an entertaining game played before a crowd of 18,861, the largest attendance for a college baseball game this year by more than 6,000. The Jackets claimed the season series, two games to one, for the first time since 2015. With grads and fans of both Georgia and Georgia Tech, Interra staffers were divided in their team loyalty. But with the game’s support of CHOA, we all consider this game a big win! 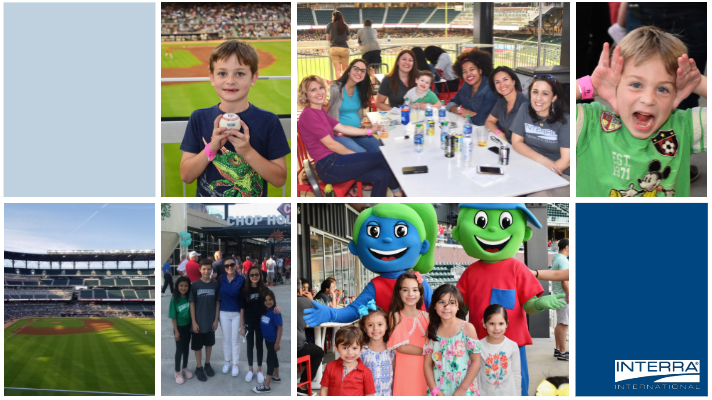 The Perfect Serve for Charity!

Hungry? Get a Taste for the Food Industry